In area D, on the eastern flanks of the mound, we aimed at investigating the development of the fortification system through time. Two phases of MB IB occupation in the lower part of the slope were cut by the erection of a stone glacis during the Late Bronze Age I, which encircled at least the north-eastern corner of the site. A public building characterized by productive installations and a rich pottery assemblage was documented in the upper part of the area.  During the Iron Age III a massive fortification walls running through the area followed the shape of the mound. 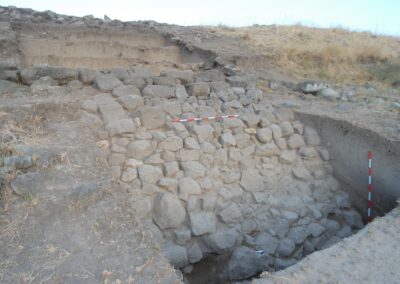 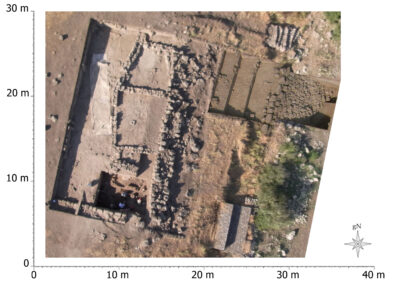 Ortophoto of Area D at the end of the 2010 season 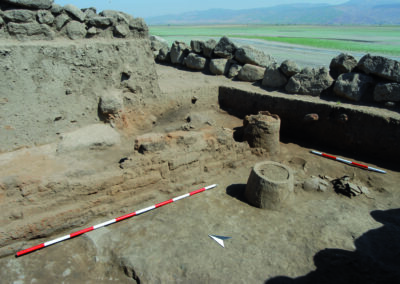 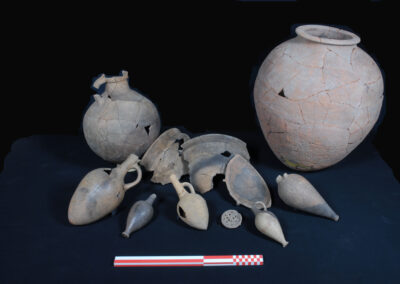 Complete pottery shapes from the Late Bronze I public building 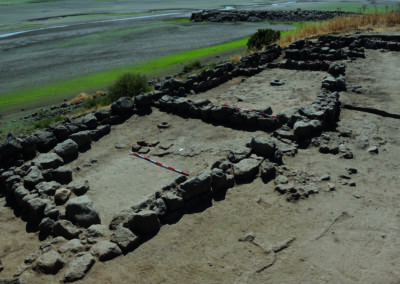 The Iron Age III fortification wall and the associated buildings 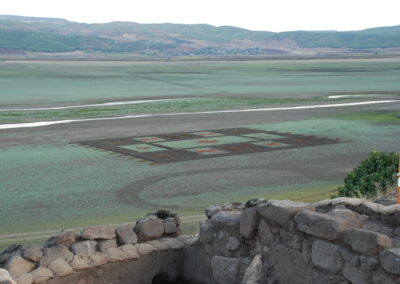 The land art kilim from west