Area B revealed an uninterrupted structural sequence of buildings from the Middle Bronze Age I to the Hellenistic period. The earliest evidence were documented in a deep sounding excavated in the northern part of the area and consisting of two phases of domestic buildings.

During the Late Bronze I the area was occupied by a monumental residency consisting of several spaces including a large hall surrounded by reception rooms, productive and storage areas. Close to the residency, some small domestic buildings, have been also documented. As for the rest of the site the Late Bronze Age I structures were destroyed by a violent event. Numerous complete pottery shapes and small finds were recovered from the destruction layers. The Iron III phase has been documented, to the south, by the foundations of two houses with massive walls separated by an alley To the north, a working area, delimited to the west by a massive wall was exposed. 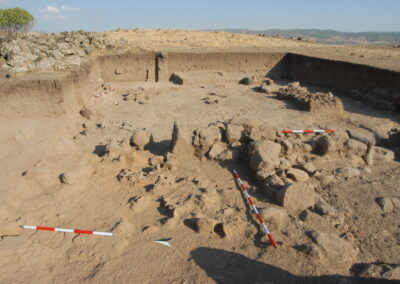 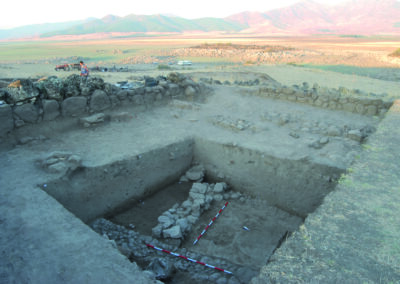 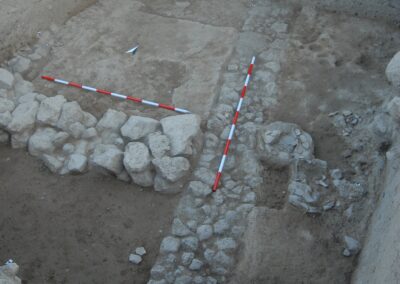 Detailed view of the Middle Bronze Age I domestic building 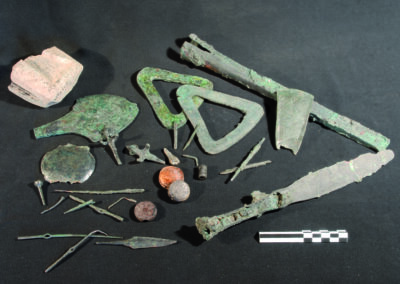 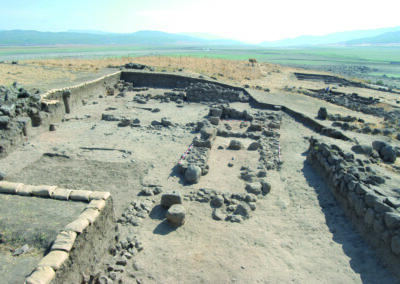 General view of the Late Bronze Age I residency from north