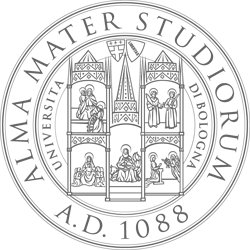 The site of Taşlı Geçit Höyük (36°55’34.99”N, 36°42’37.68”E) and the so-called Chalcolithic mound (Taşlı Geçit Höyük 2, 36°55’59.41”N, 36°42’21.39”E) are located on a basaltic outcrop in the plain of Islahiye in South-East Turkey, about 11 km south of Tilmen Höyük and close to the Kara Su river. The main site lie near a ford through which the road connecting Kilis to Islahiye passed until as late as the Ottoman period, while now it is located within an artificial lake formed by the Tahtaköprü dam, a water reservoir which dries up in September-October and that heavily erodes this as well as other archaeological sites.

The 2009-2010 rescue excavations brought to light a complex sequence of archaeological phases spanning from the Middle Bronze Age IB (1900-1800 BCE) to the Hellenistic period. Although scattered and often not well preserved due to later intrusions, MB IB remains were documented across the entire site, suggesting the existence of a wealthy and extensive town in this period. Taşlı Geçit Höyük was later monumentalized with massive enclosure walls and public buildings during the Late Bronze Age I (1600-1400 BCE), and was destroyed at the end of this period. During the Iron Age III (720-550 BCE) and the Hellenistic periods (330-63 BCE), the settlement shrunk slightly. At this time, the town encompassed several domestic buildings scattered on the slopes of the acropolis and in the lower town. 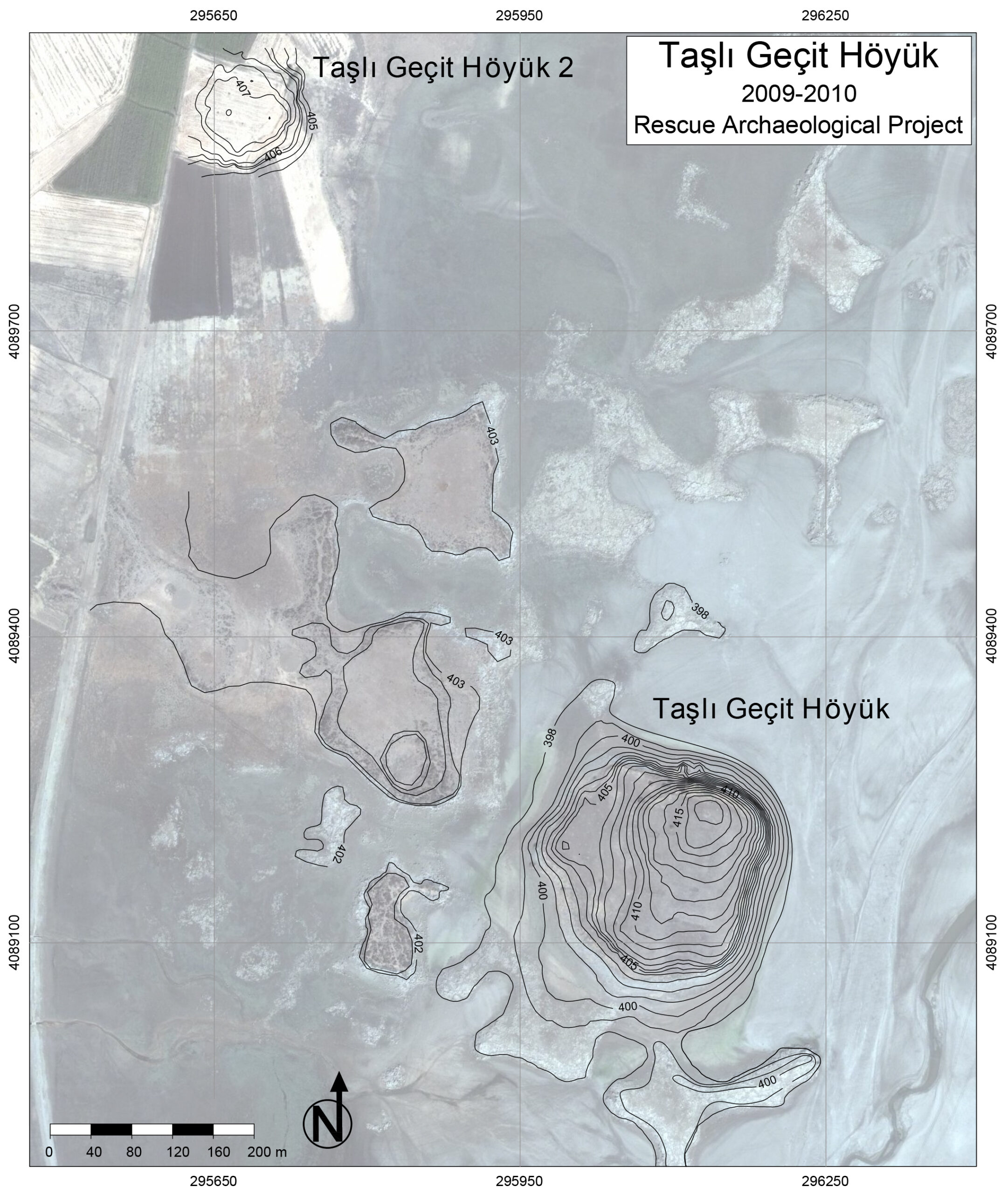 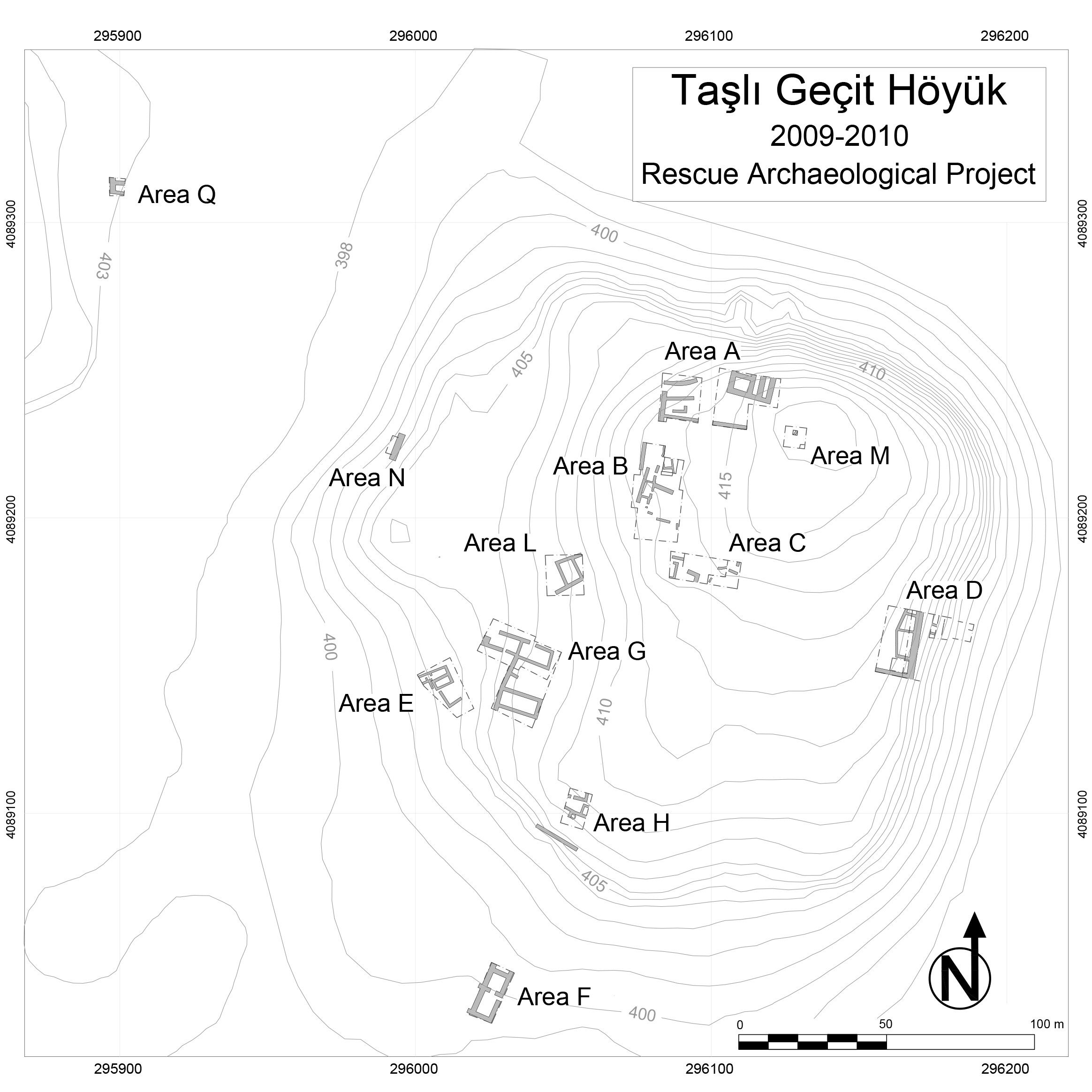 Area A is located at the northern end of the acropolis. The 2009-2010 excavations revealed five archaeological phases ranging from the Middle Bronze Age IB to the Hellenistic period. The poor  remains of the Middle Bronze Age IB domestic structures were found cut by the massive Late Bronze Age I fortress similar to Area H at Tilmen Höyük with two square rooms and two corridor-like rooms for the stairway. Shortly after the destruction of the Late Bronze Age I town, the area was newly occupied by scattered domestic buildings and productive open areas. A similar use of space has been also observed for the Iron Age III structural phase, while the Hellenistic period is characterized by few superficial remains of substantial buildings. 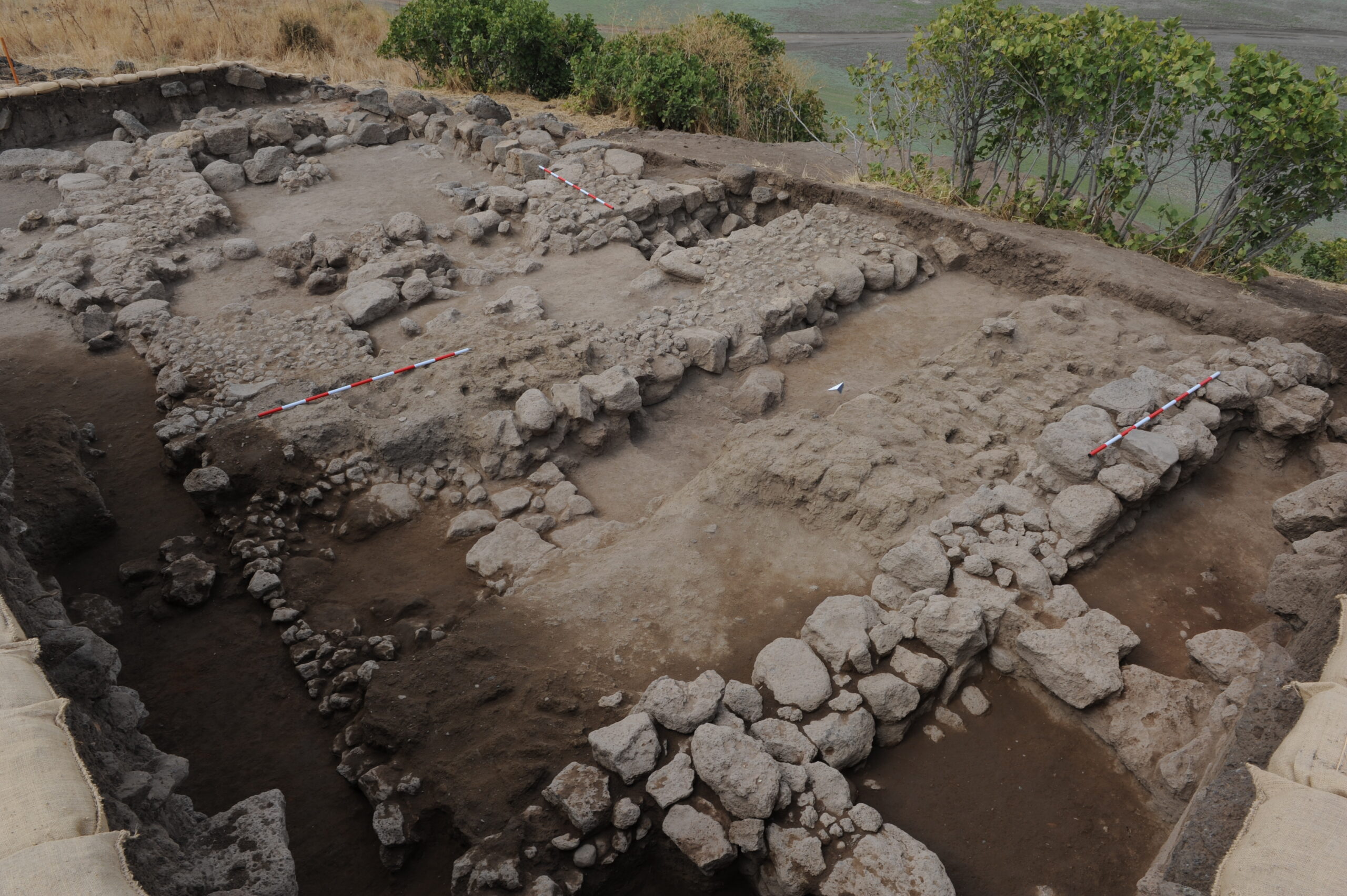 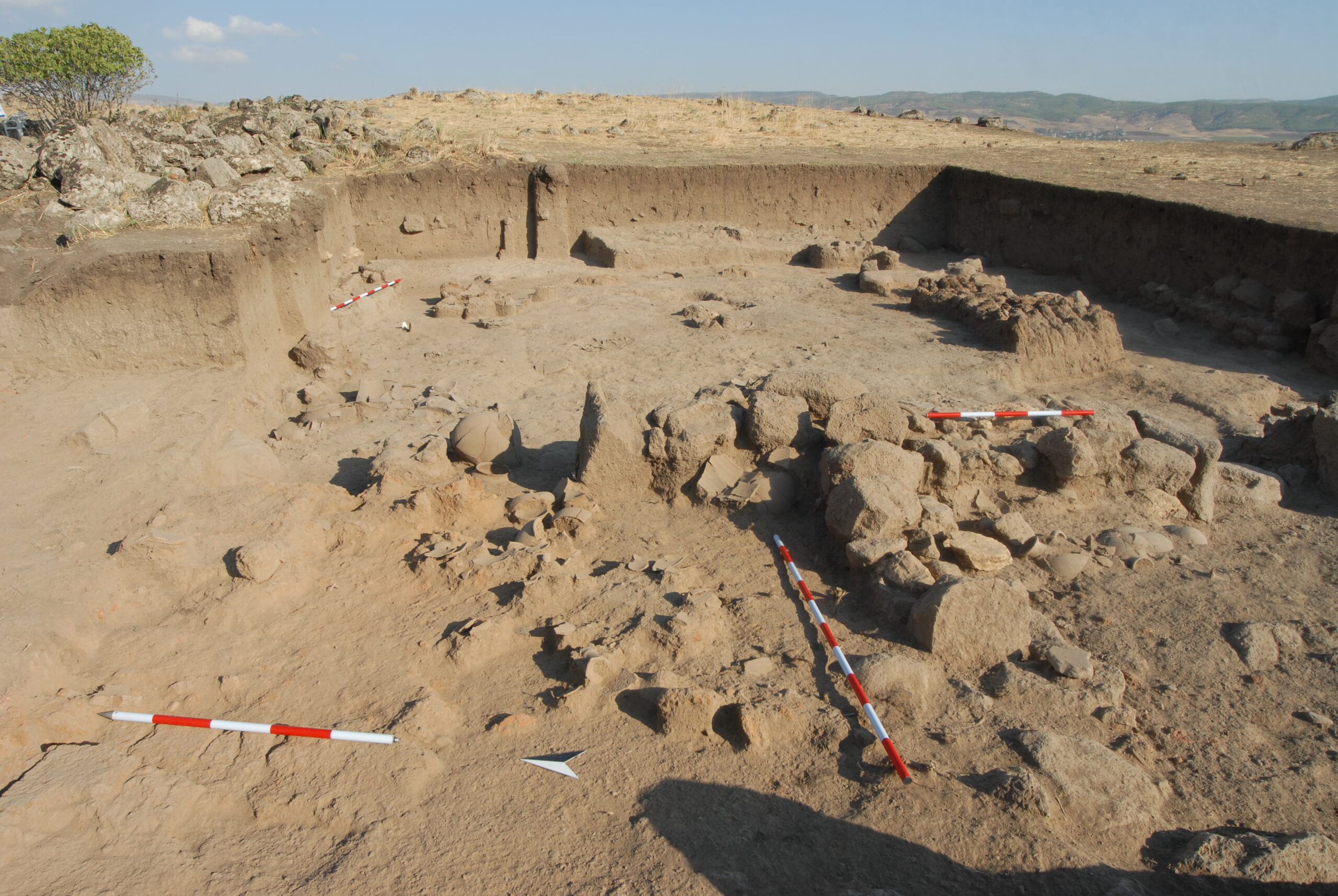 Area B revealed an uninterrupted structural sequence of buildings from the Middle Bronze Age I to the Hellenistic period. The earliest evidence were documented in a deep sounding excavated in the northern part of the area and consisting of two phases of domestic buildings. During the Late Bronze I the area was occupied by a monumental residency consisting of several spaces including a large hall surrounded by reception rooms, productive and storage areas. Close to the residency, some small domestic buildings, have been also documented. As for the rest of the site the Late Bronze Age I structures were destroyed by a violent event. Numerous complete pottery shapes and small finds were recovered from the destruction layers. The Iron III phase has been documented, to the south, by the foundations of two houses with massive walls separated by an alley. To the north, a working area, delimited to the west by a massive wall was exposed.

Area C provided important information on the urban layout of the southern part of the acropolis through time. Indeed, the 2009 and 2010 excavation revealed a long sequence of open areas and some domestic buildings located all around. Of particular relevance is the Late Bronze Age I phase, characterize by a thick destruction layer and many in situ materials especially pottery vessels. Less preserved are instead the archaeological deposits and structure dating to the Iron Age III and the Hellenistic period. 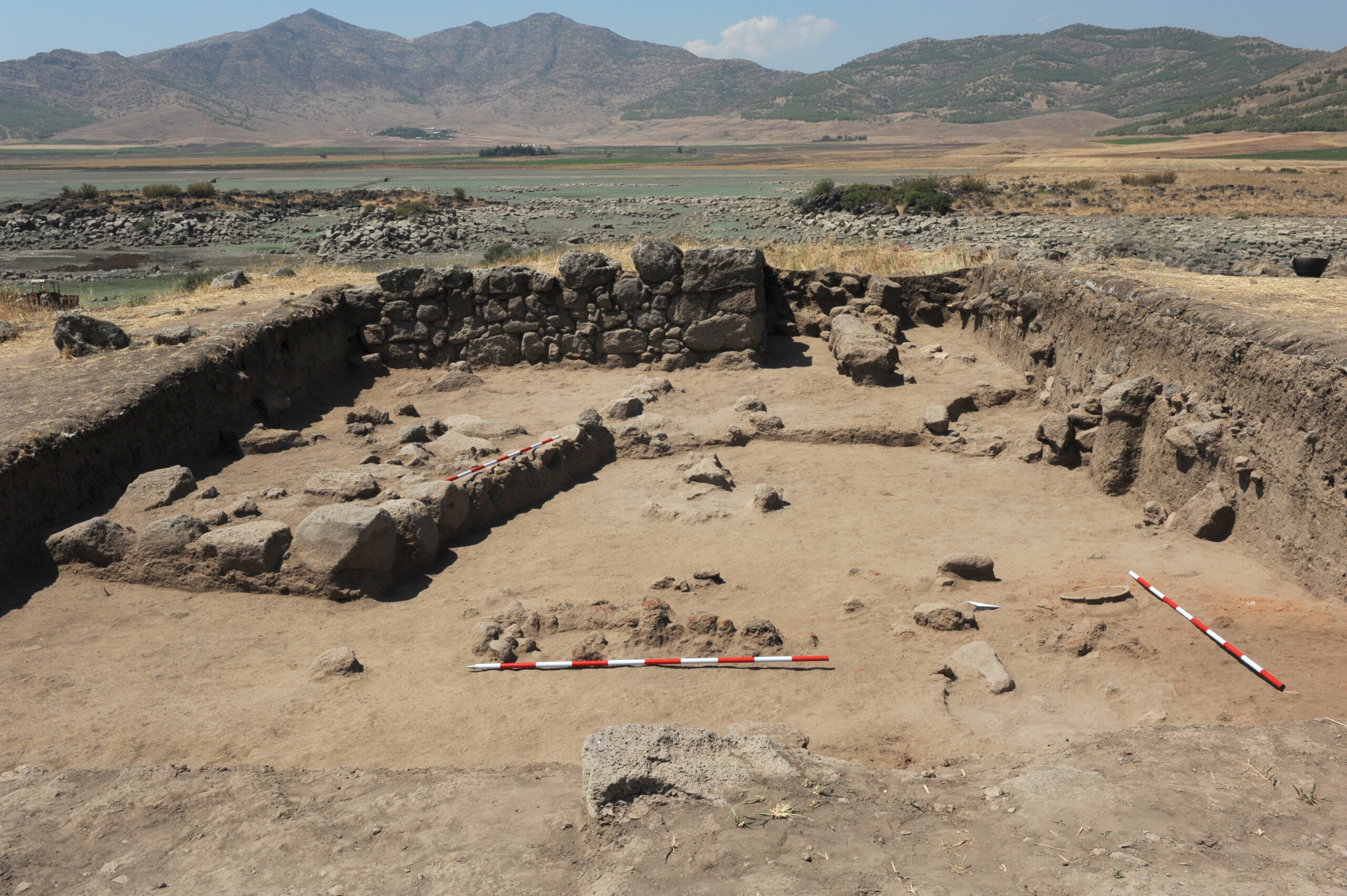 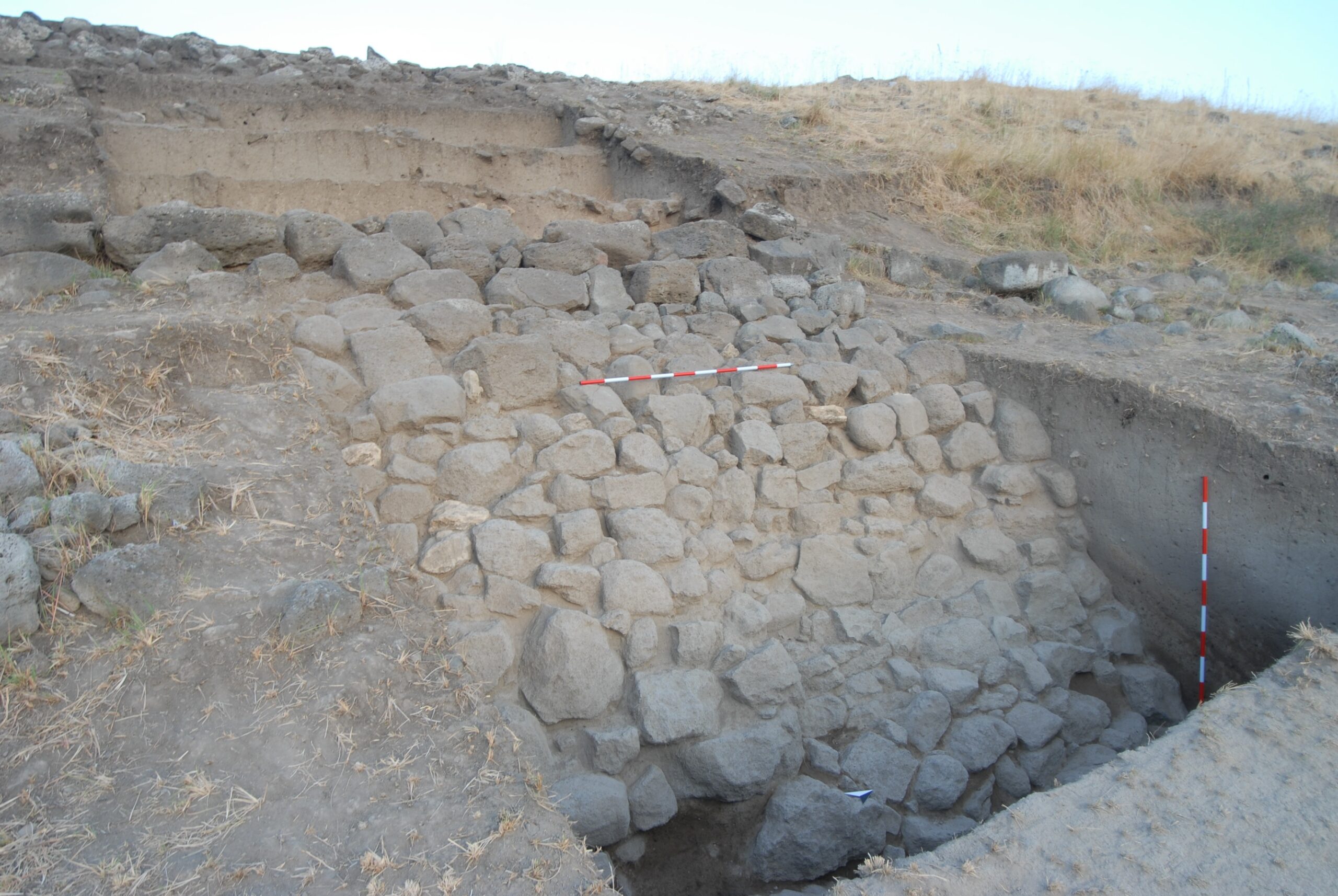 In area D, on the eastern flanks of the mound, we aimed at investigating the development of the fortification system through time. Two phases of MB IB occupation in the lower part of the slope were cut by the erection of a stone glacis during the Late Bronze Age I, which encircled at least the north-eastern corner of the site. A public building characterized by productive installations and a rich pottery assemblage was documented in the upper part of the area. During the Iron Age III a massive fortification walls running through the area followed the shape of the mound.

Area M Together with Area A, the structural evidence documented in Area M provide the complete chronological sequence of the Acropolis. While the Middle Bronze IB remains were reached in a small sounding, more impressive was the architecture of the Late Bronze I monumental phase. This consisted of an open area paved with stones and sealed by a thick destruction layer, thus confirming a trend already observed elsewhere at the site. The Iron Age III levels consisted of some houses located on both sides of a narrow alley with. A wealth of crushed pottery vessels including storage pithos and jars were retrieved in the rooms of the houses. 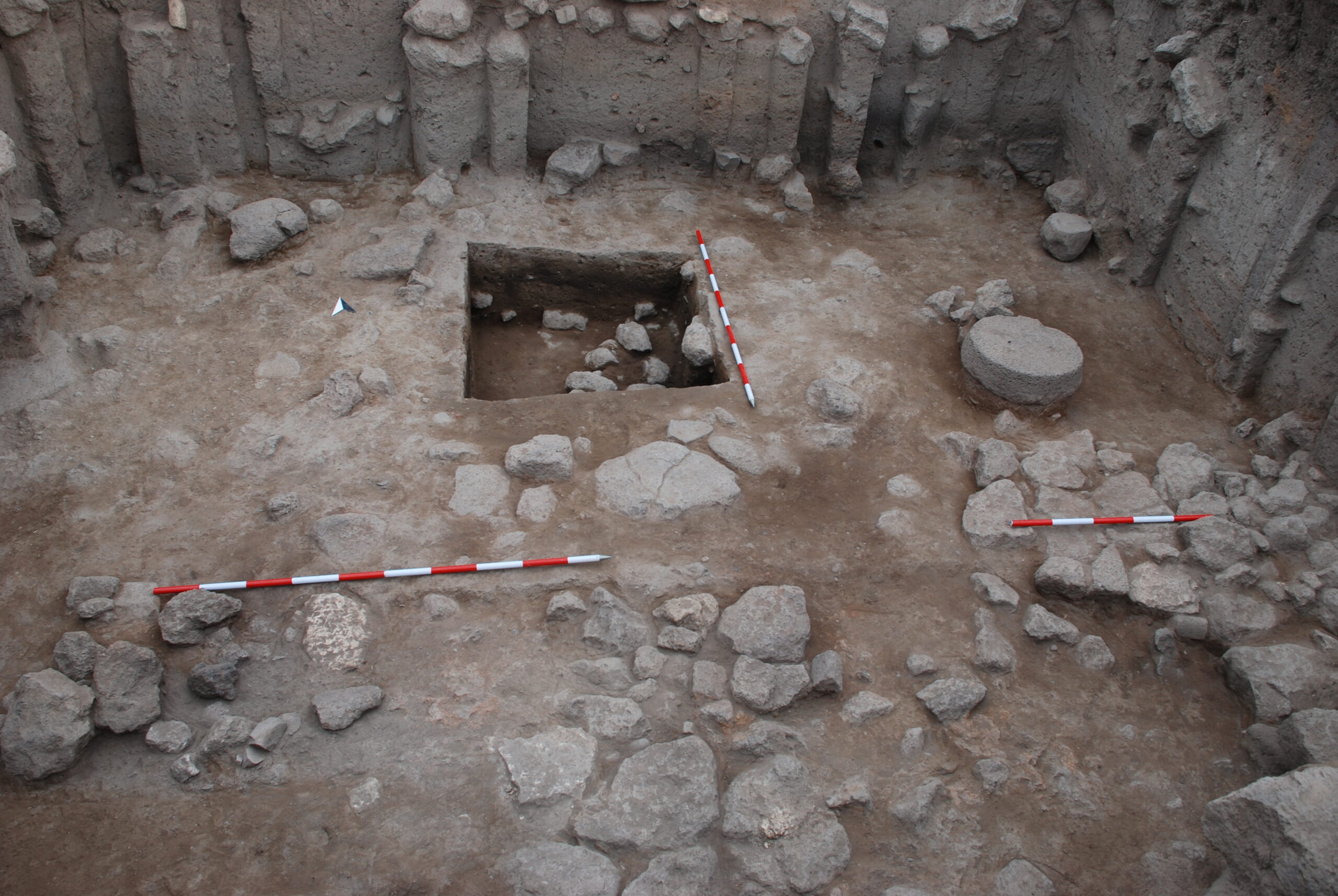 Area E is located at the southwest end of the lower mound, close to Area G, where water erosion massively affected most of the ancient structure. Here, the rescue excavations brought to light some badly preserved remains  of stone walls dating from the Middle Bronze Age IB close to the surface. 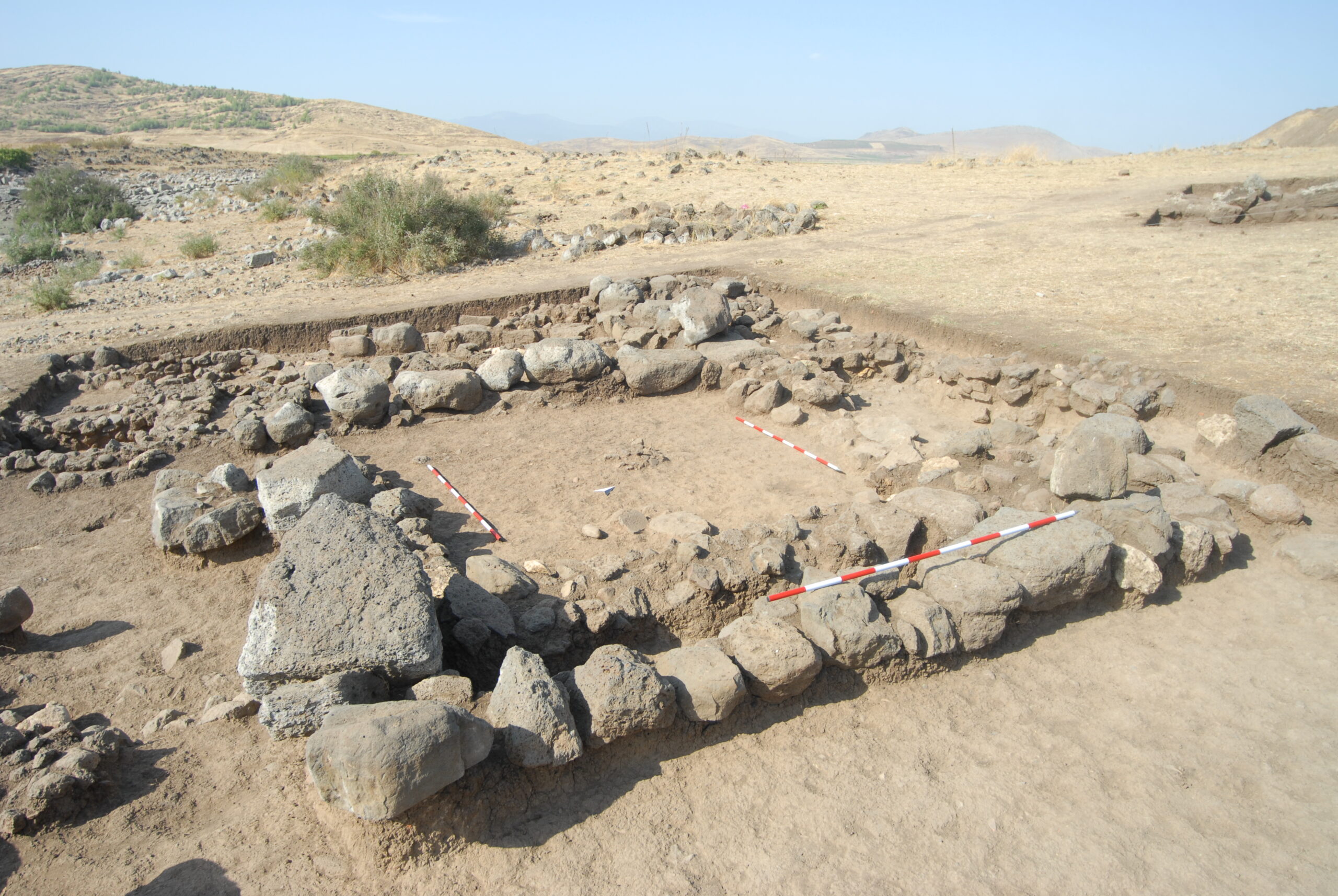 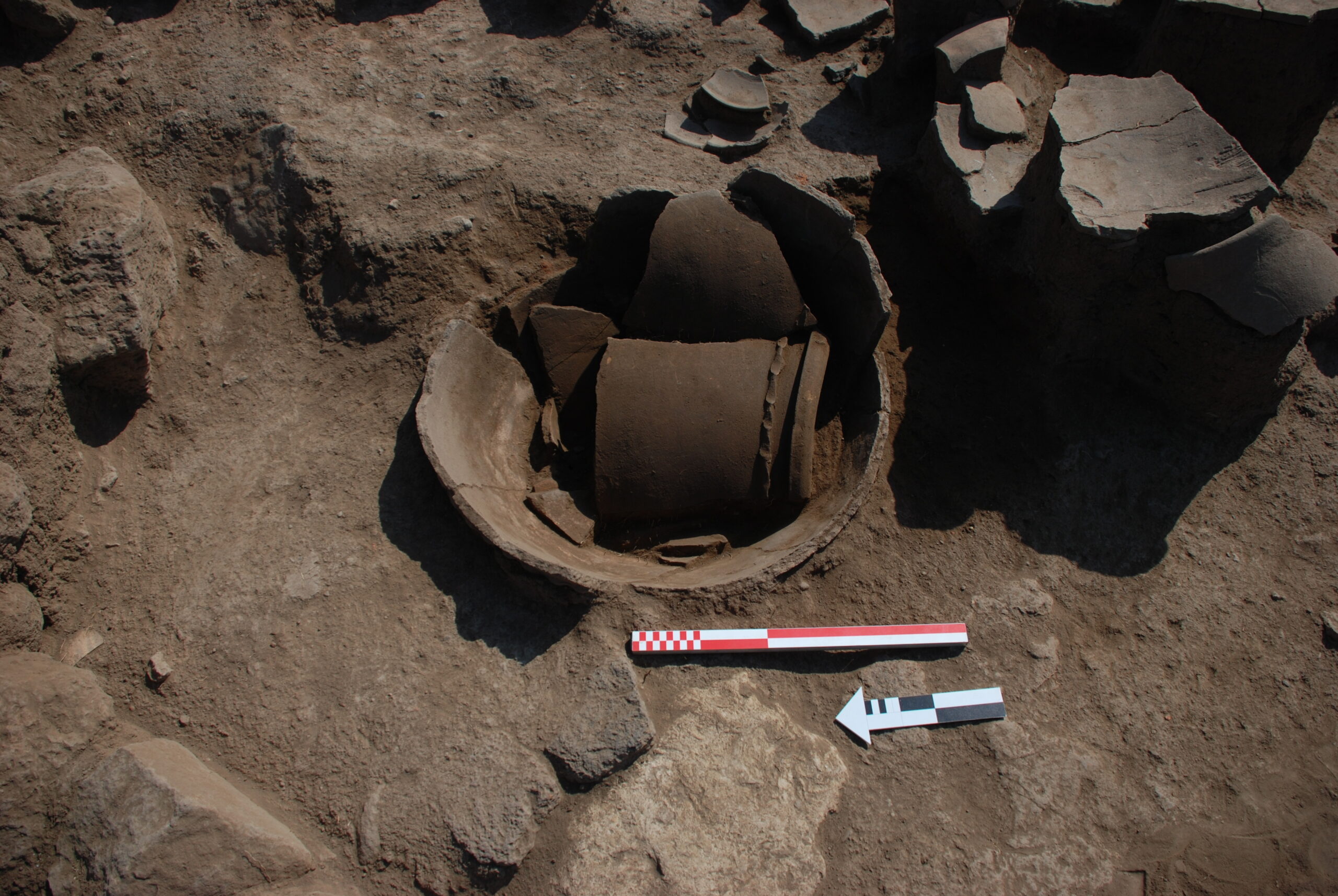 Excavation in Area G brought to light a large Iron Age III building with several storage rooms and in situ crushed pottery vessels. These range from common ware shapes to pithoi and large storage jars. The building was directly laid on the Middle Bronze Age IB houses and road which have been partially explored. The orientation of the buildings and the urban layout matched with that of the neighborhood areas. In particular, one of its streets has its continuation in Area L.

Area H, provided insights on the urban layout of the southern part of Taşlı Geçit Höyük between the Late Bronze Age I and the Iron Age III. During both phases consist of large domestic units approximately north-south oriented. 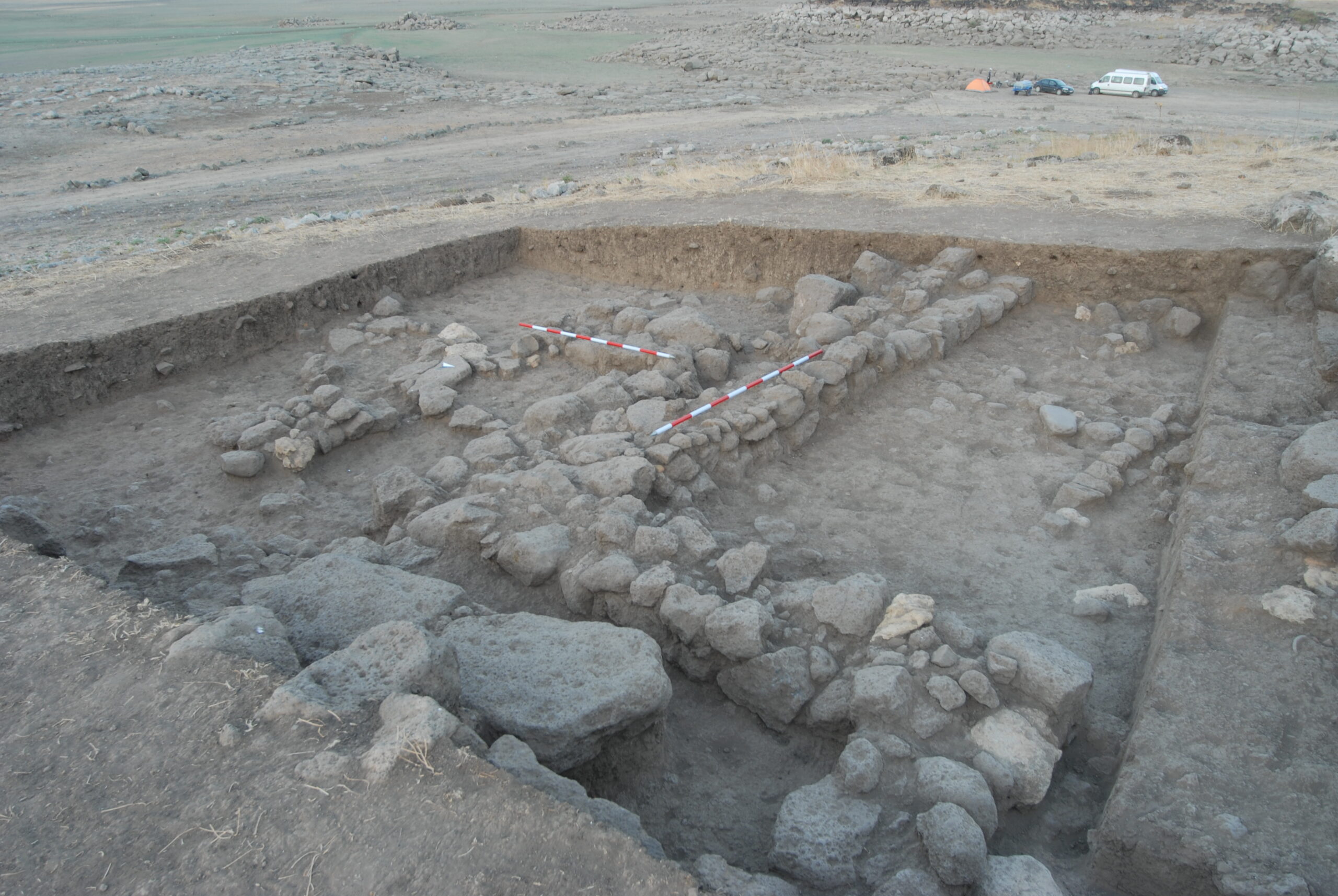 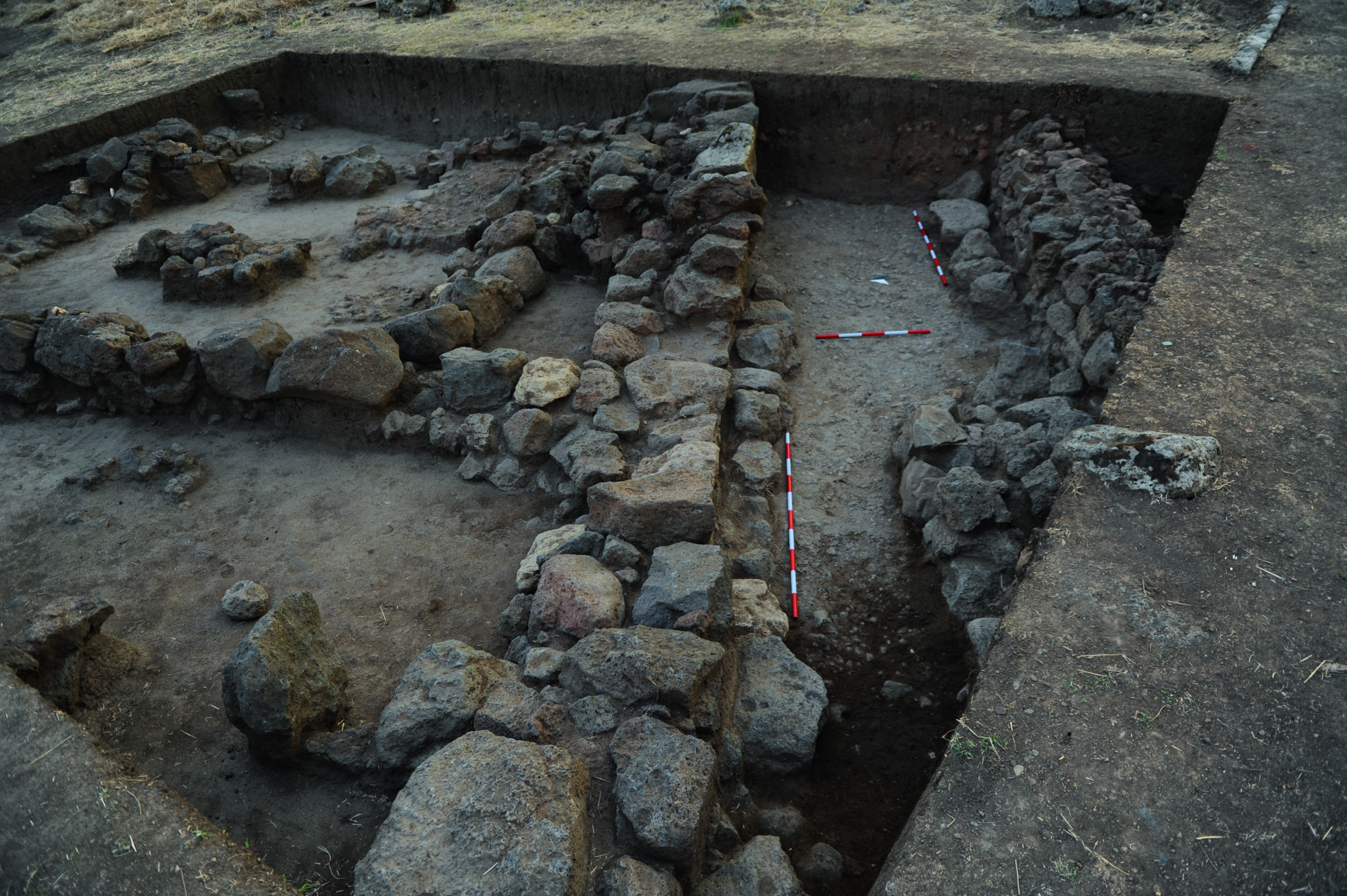 The reconstruction of the urban layout in southwestern part of the lower mound during the Middle Bronze Age IB, already documented in Area E and G, was completed by the excavation, during the 2010 campaign, of Area L. The main feature is a large street paved with pebbles and sherds which continues to the north-east the street discovered in 2009 in area G. This is flanked by large buildings with stone foundation and mudbrick superstructures, mostly collapsed over the street after the abandonment of the town.

Area N was opened during the 2010 season to investigate the fortification system of the western side of Taşlı Geçit Höyük. Two overlapping stone walls, the former probably dating to the Late Bronze Age I, while the latter to the Middle Bronze Age IB were documented. 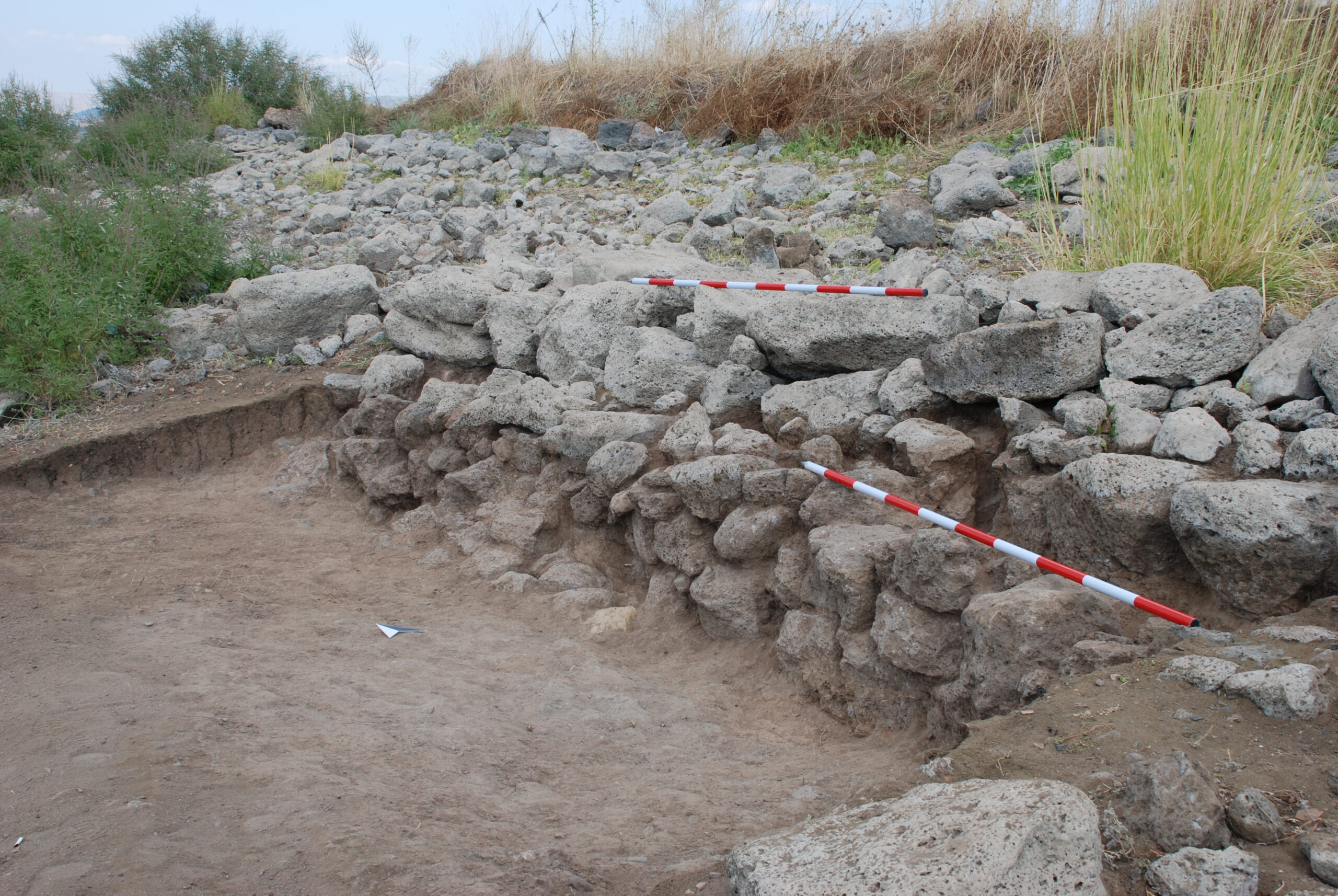 Area F and the southern

Area F is located on an large basalt outcrop extending in the southern outskirt of the mound of Taşlı Geçit. As confirmed by aerial remote sensing, the numerous surface basalt stones represent the remains of ancient buildings. These have been severely damaged and eroded by the seasonal flooding of the Tahtaköprü dam. Therefore, in order to document the last visible evidence and to provide a precise chronology of this sector, in 2009 we opened a test area, named F. The excavation revealed part of a large building probably dating to the Late Bronze Age I. 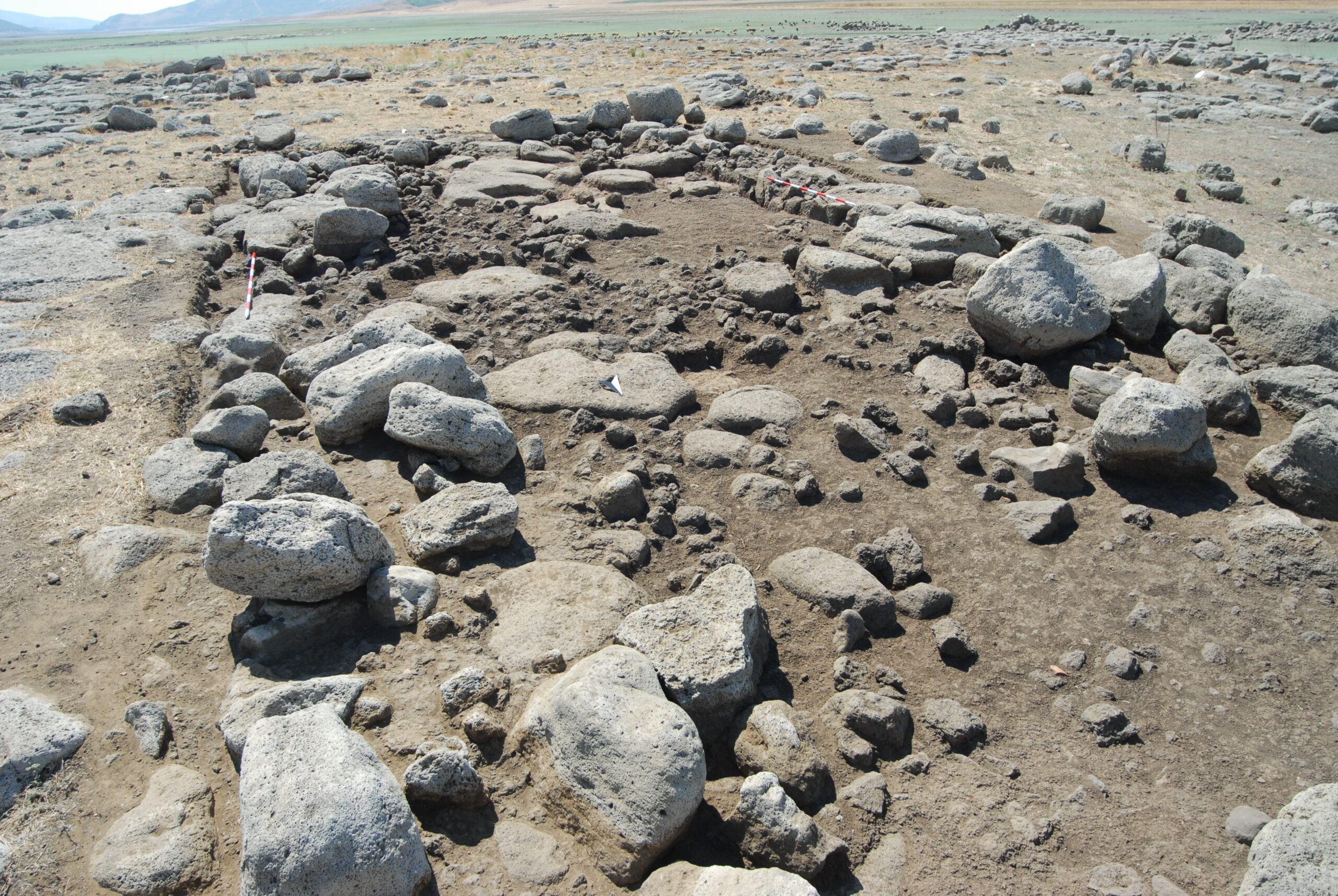 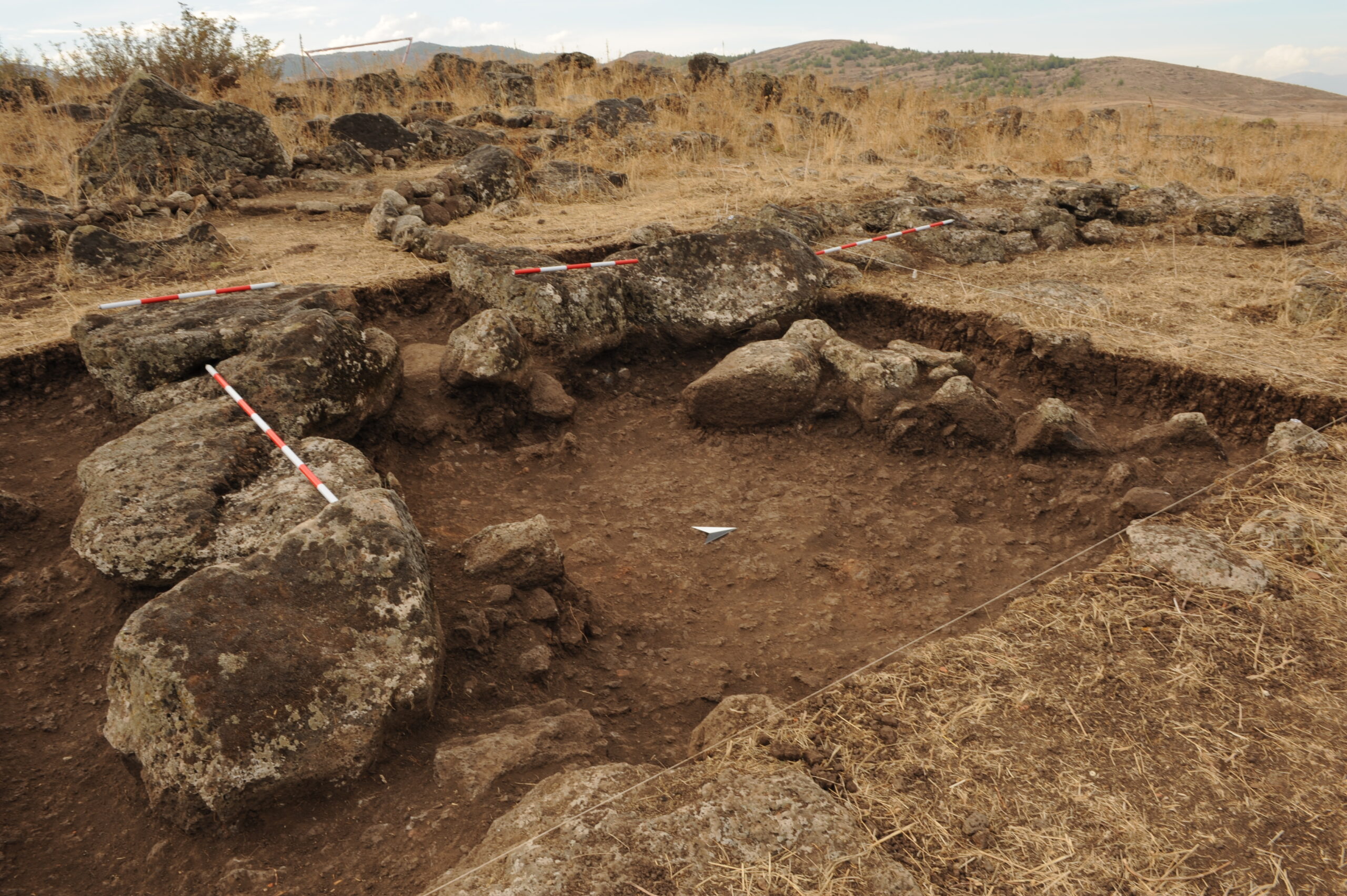 Area Q and the western

The western basalt outcrop is one of the most densely occupied outskirts of Taşlı Geçit. Thanks to the ortophotogrammetric aerial images, we reconstructed several houses located at the foot of the outcrop. Moreover in 2010, we opened a small excavation area, named Q, to better understand the type and function of the buildings as well as their chronology. The investigation allowed to identify part of a large building dating from the Middle Bronze Age IB.

Taşlı Geçit Höyük 2, also known as “the Chalcolithic mound”, is a small and low mound located 700 m north from the main site of Taşlı Geçit Höyük. It is about 3 m high, with an almost square flat top (407 m a.s.l.) extending approximately 80×60 m and sloping gently south-eastward toward the Kara Su river bed. The survey conducted in 2010 revealed some Chalcolithic pottery. 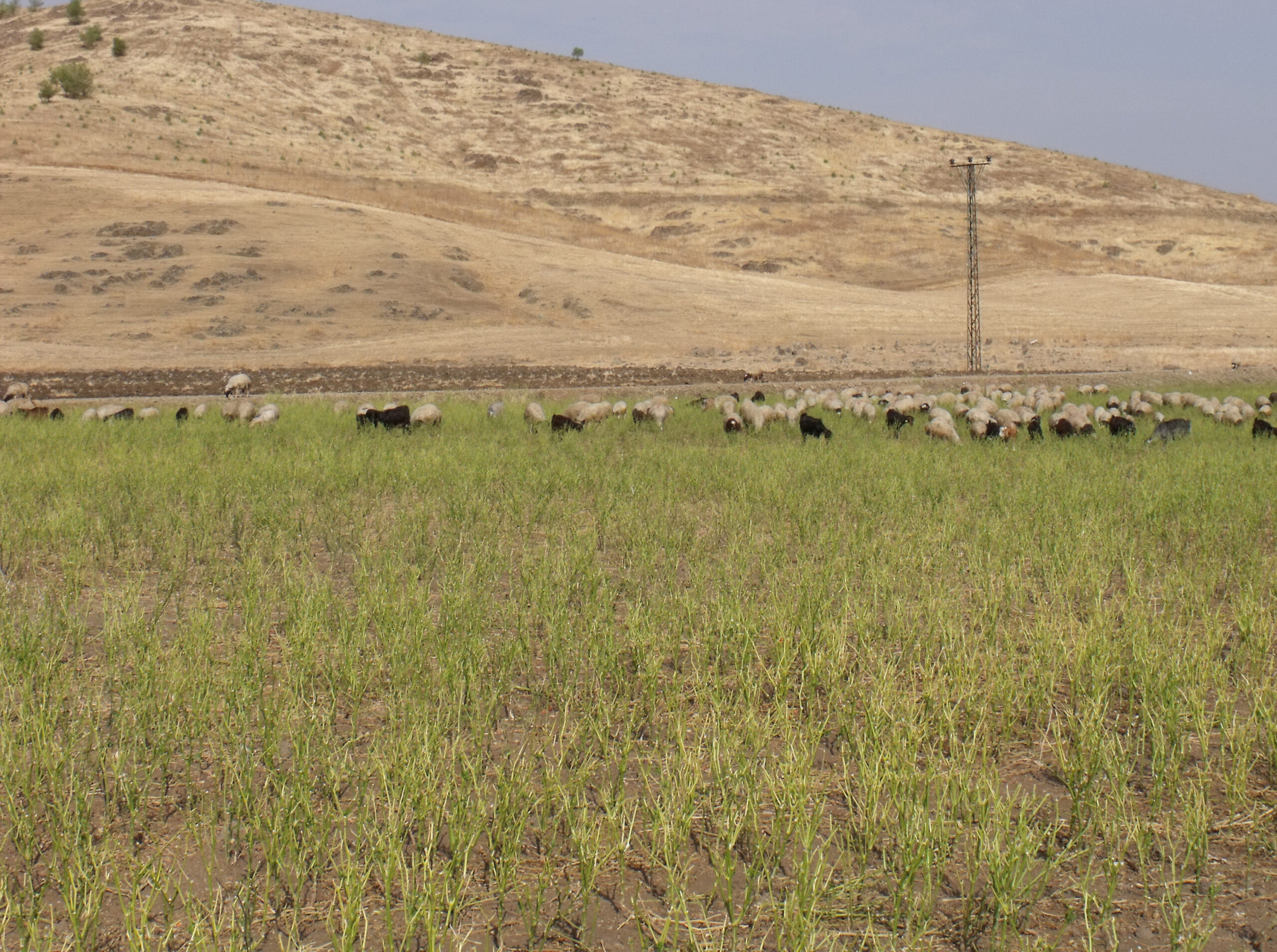 for the Lower Town and Outskirts

The website has been conceived by Nicolò Marchetti (Scientific Editor), with Pietro Baldassarri (Web Engineer) setting up the MySQL database and Valentina Orrù (Web designer and Webmaster) managing the Taşlı Geçit Project website. We gratefully acknowledge the CRANE 2.0 project for having provided the server on which our WebGIS is running.

The publication project of the excavations in the Lower Town at Taşlı Geçit Höyük is funded by The Shelby-White and Leon Levy Program for Archaeological Publications, Harvard Semitic Museum, Harvard University (recipient: Federico Zaina, Polytechnic University of Milan, Department of Architecture, Built Environment and Construction Engineering). Reports on the excavations at Taşlı Geçit Höyük, undertaken between 2009 and 2010 by the Turco-Italian Expedition directed by N. Marchetti, are published in the GRPOP and OrientLab peer-reviewed series.

Benati, G. and Zaina, F. 2013. A Late Bronze Age I Fortress at Taslı Geçit Höyük and the Defensive Architecture of Anatolia and the Northern Levant during the 2nd Millennium BC, OCNUS 21, 9-29.