Area A is located at the northern end of the acropolis. The 2009-2010 excavations revealed five archaeological phases ranging from the Middle Bronze Age IB to the Hellenistic period. The poor  remains of the Middle Bronze Age IB domestic structures were found cut by the massive Late Bronze Age  I fortress similar to Area H at Tilmen Höyük with two square rooms and two corridor-like rooms for the stairway. Shortly after the destruction of the Late Bronze Age  I town, the area was newly occupied by scattered domestic buildings and productive open areas. A similar use of space has been also observed for the Iron Age III structural phase, while the Hellenistic period is characterized by few superficial remains of substantial buildings. 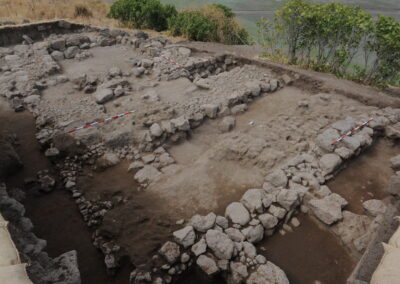 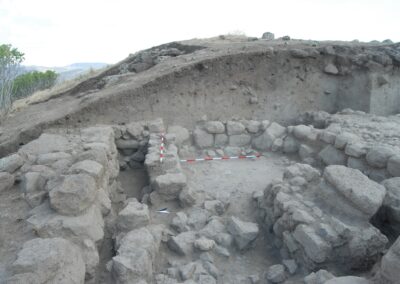 The poor remains of the MB IB domestic structures 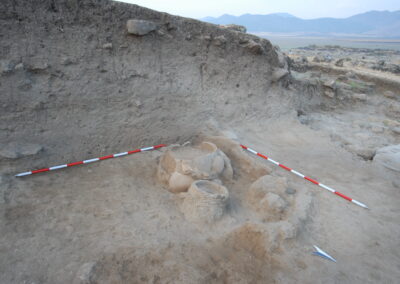 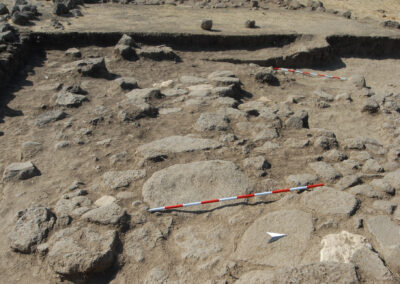 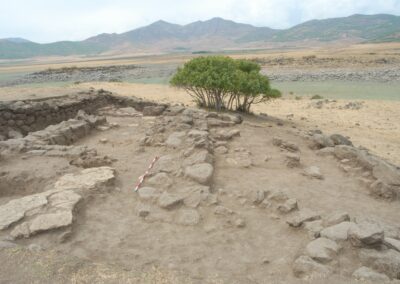 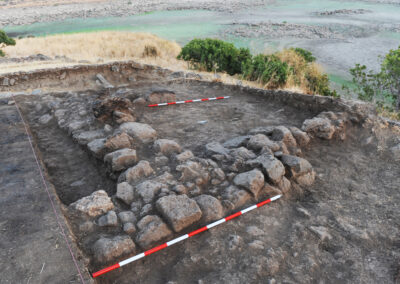 The remains of the Hellenistic buildings 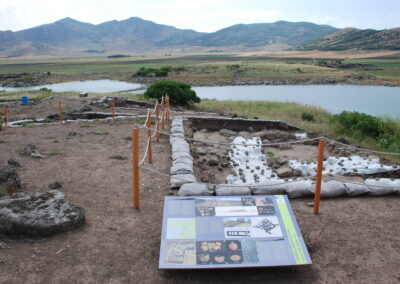 Fortress A with panel looking westward 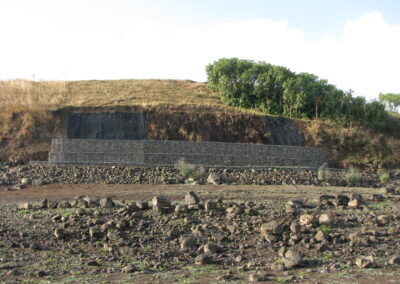