The reconstruction of the urban layout in southwestern part of the lower mound during the MB IB, already documented in Area E and G, was completed by the excavation, during the 2010 campaign, of Area L. The main feature is a large street paved with pebbles and sherds which continues to the north-east the street discovered in 2009 in area G. This is flanked by large buildings with stone foundation and mudbrick superstructures, mostly fallen over the street after the abandonment of the town. 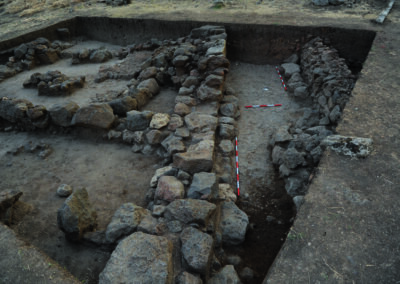 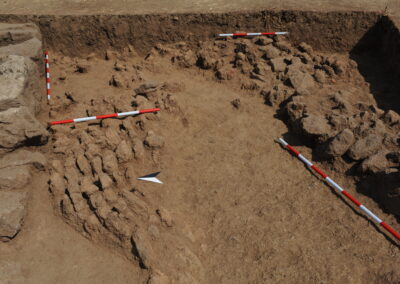 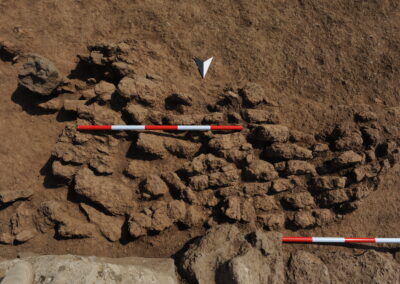 Detailed view of the mudbrick collapse over the street 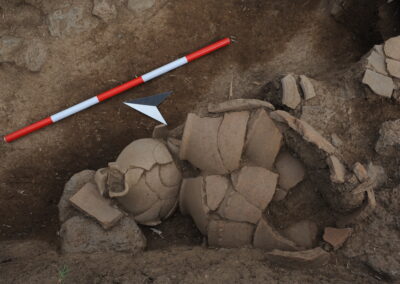 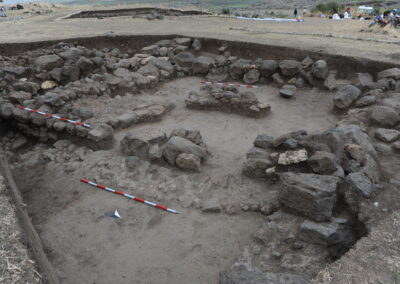 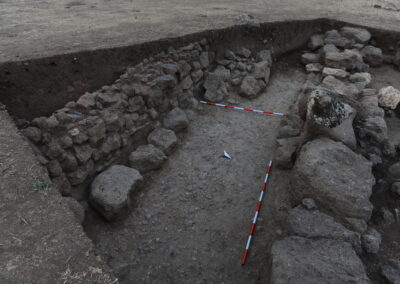